Angry people Power diehards have declared Ashburg katto a traitor and launched a campaign of unfollowing him as a sign of cutting ties.

Yesterday, Ashburg Katto went public and confirmed that he has crossed from People Power to his ‘old’ party, NRM.

His announcement was welcomed with a lot of criticism and abuses from the People Power diehards who did not expect one of their founders to betray them by joining the party they want to dethrone.

As we speak, the People Power fans have started on the campaign to unfollow Ashburg’s social media handles and the numbers have started going down.

At the banning of May, we broke a story how Ashburg Katto had agreed to meet NRM bosses secretly and named his price; 1.5m as meeting fee, 250k for fuel, meeting bonus and allowance 250k and insisted no photos, videos and live feeds. 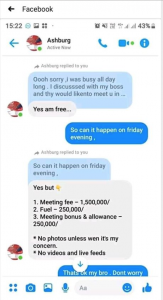 We can’t tell whether the meeting took place but for the fact, he took to social media and pleaded to NRM diehard, Balaam Barugahara to bail the bloggers with posho which the events promoter did.

Ashburg Katto received the posho and a parcel on behalf of the bloggers.  To confirm the donation, Ashburg posted on his Facebook page a message appreciating the first Son, Lt. Gen Muhoozi for donating food to all the bloggers in Uganda. 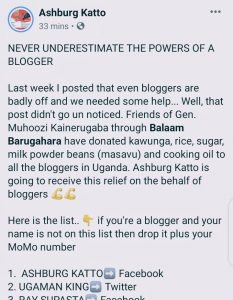 Yesterday, a photo of himself, his brother, Ray Supasta, Balaam Barugahara with president Museveni at his farm in Kisozi-Gomba leaked online.

A video confirming his exit followed and now calls himself ‘Omuyaye Wa Museveni’.

Before People Power appointed the spokesperson, Joel Senyonyi, Ashburg Katto used to move with Bobi Wine and acted as the mouth piece of the pressure group but a lot of people started complaining to the Kyadondo East legislator over his behaviour and was ditched. Since then, he has been targeting pro NRM and people who criticize Bobi Wine by abusing them on social media. 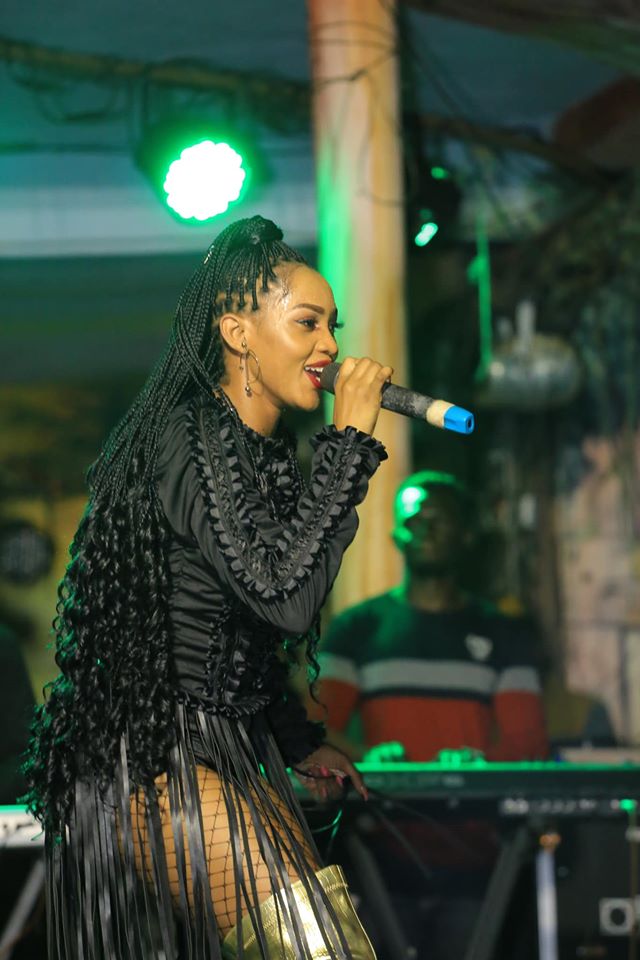 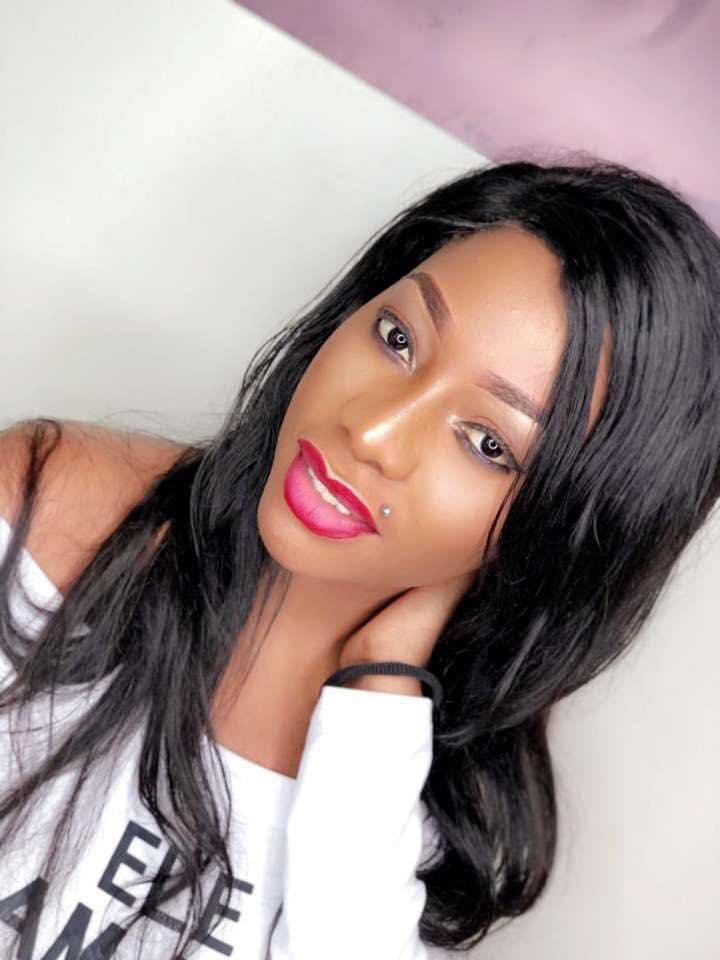 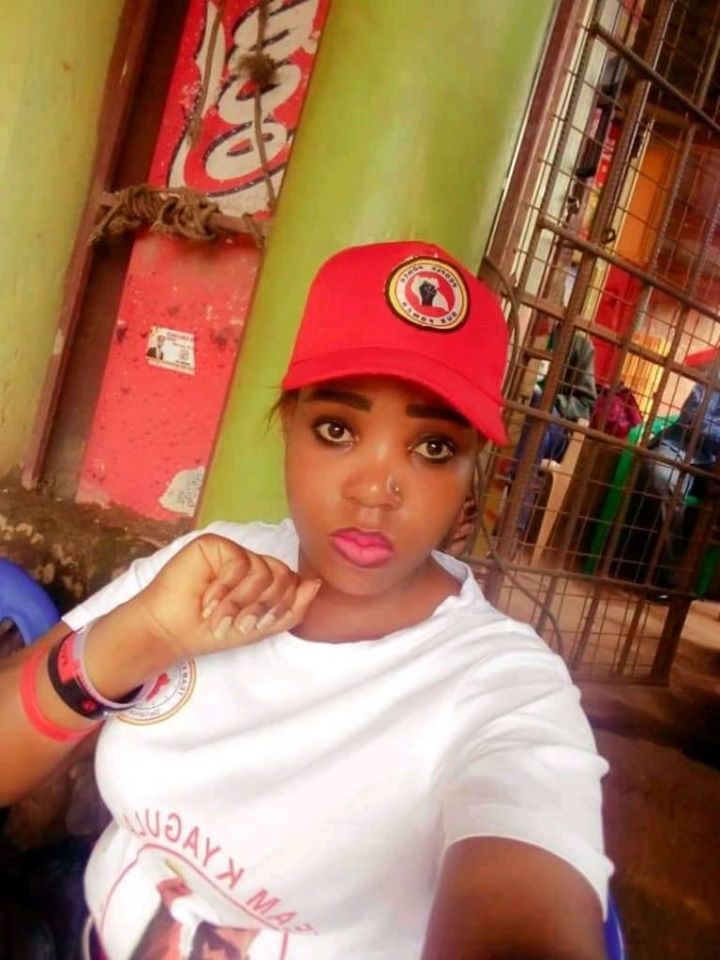